Skip to main content
Home » Testimonials » There is no way we’d be where we are without the help of the Power Practice.

We never thought we'd open a practice cold a couple years after finishing optometry school. Our professors discouraged it as too risky in saturated southern California. Most people talk about competition but we have not one but two optometry schools within a 35 mile drive of our office.

We knew going it alone would be foolish. I mean, even Tom Brady has a quarterback coach. So we read reviews and interviewed other optometrists who had hired practice management consultants. Reviews were often mixed with some, but when we asked previous clients of the Power Practice the story was always the same: hire them you won't regret it.

Fast forward a few years after opening cold and we have one of the fastest growing practices in the country in a highly competitive market. We've followed the Power Practice processes and worked on creating a winning culture to execute the strategy we wanted to implement. There is no way we'd be where we are without the help of the Power Practice. You don't know what you don't know, which is cliche yet so true when it comes to running your business especially as a young OD fresh out of school like we were. 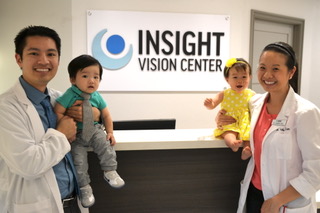 You absolutely will NOT save money by going it alone and learning by trial and error. I think most new grads fail to recognize the difference between an expense and an investment. An investment pays off in the long run even if you have to put up some money initially. Investing in yourself, your processes, and your ability to think like a sound business person is the best investment. Investing in a business mentor, coach, and friend has helped our practice tremendously. The power practice was all that for us. Highly recommended!